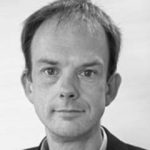 The NHS Long Term Plan was published on 7 January 2019 setting out NHS England’s priorities for the next decade and identifying the ways in which it will make use of the long-term funding settlement that was agreed by the Government in July 2018 for the NHS in England.

The Plan includes some very significant pledges in relation to the physical health of people living with a mental illness: both directly and indirectly. This blog briefly summarises the implications for the Equally Well collaborative, and how we can ensure that the Plan makes a difference in reducing one of the biggest health inequalities in the UK today.

A theme that recurs throughout the Plan is the imperative to enable people to look after their own health more effectively. The NHS’s role is conceived as being not just to treat illness but to support people to live healthily, with a particular focus on helping people with long-term conditions to self-manage and preventing emerging problems from worsening. Acting on this ambition will be particularly important for people with long-term mental health problems. At least half of people with a mental health condition also have at least one long-term physical illness, and many have multiple and complex needs that are too often poorly supported.

The Plan makes a number of significant new proposals under the heading of ‘prevention’. These include the provision of “a new universal smoking cessation offer…for long-term users of specialist mental health, and in learning disability services” (p35). This marks a major step forward in tackling the 15-20 year mortality gap for people with a severe mental illness, 40 per cent of whom smoke (more than twice the average) (Szatkowski et al, 2015). It could help many more people with a mental illness who would like help to stop smoking and who currently don not get access to the support they need. We will be sharing a blog from ASH with more details on smoking and the long term plan.

The Plan pledges targeted weight management support for some groups of people with a high BMI and to double funding for the NHS Diabetes Prevention Programme (p39). Neither of these proposals specifically mentions people with mental health difficulties, yet recently published data suggests that people on GP ‘severe mental illness’ registers are up to three times more likely than average to have diabetes and that physical health problems tend to happen far earlier in life for this group (National Mental Health Intelligence Network, 2018). It will therefore be essential that these programmes seek proactively and appropriately to support people with a mental illness.

In addition, the Plan seeks to build on progress made through the Five Year Forward View for Mental Health in offering physical health checks to people using mental health services by expanding this further (p41). The current programme led by NHS England to extend access to health checks has made a marked impact, and this commitment to continue to make progress will help to sustain the improvements that have been made.

The Plan also pledges action to extend access to social prescribing through the appointment of link workers (p25). In a number of local areas, this has already shown potential to improve access to physical exercise opportunities for people with mental health difficulties.

In sum, the NHS Long Term Plan should help to improve the physical health of people living with a mental illness and support action to reduce the unacceptable inequalities people face today. Through Equally Well, we look forward to working with our partners and members nationwide to ensure that the opportunity is taken to make significant and lasting change and ultimately give more people the best chance of a long and healthy life.