Some stats that we are working to change

Learn more about the physical health of people with mental health/substance misuse problems in this report created by our colleagues in New Zealand.

In October 2016, the Academy of Medical Royal Colleges published a landmark report setting out the changes that were needed to make a sustained impact on the physical health of people living with a mental illness.

It showed that this really is everyone’s business: from mental health services to primary care, hospital and community services, local authorities, charities, research bodies and many more.

The report identified much in the way of good practice in local areas across the UK and a widespread willingness to make a change. But it said a coordinated national effort would be needed to bring good practice to scale and support further innovation and improvement across the country. Read the report here.

Equally Well is an initiative from New Zealand which seeks to promote and support collaborative action to improve physical health among people with a mental illness. It is hosted in the UK by Centre for Mental Health in partnership with  Rethink Mental Illness, the Chair of the Clinical Group and Chair of the Expert by Experience group along with our growing membership.

Equally Well UK is co-produced with an Expert by Experience Group chaired by Kevin James and convened by Rethink Mental Illness, and a Clinical Group chaired by Professor Wendy Burn. All decisions are made jointly between these groups to ensure that everything we do is informed by people with extensive lived and professional experience.

All of our members have signed our coproduced Charter for Equal Health and provided their individual organisational pledge to play a part in addressing the health inequality and to share intelligence and ideas.

An Equally Well collaborative has now formed in Australia, using a similar approach to the New Zealand model.

For too long, inequalities in physical health for people with mental health conditions have been ignored or taken for granted. We are supporting and promoting Equally Well UK to help to bring about sustained and significant change across the country.

We should be relentless in addressing the physical health of those with a mental illness and the significant inequality they face. We join the Equally Well collaborative with the aim to play our part in reducing this gap.

We believe that it is fundamentally important that everyone who accesses healthcare is confident that they will receive the best possible care, irrespective of the nature of their illness or infirmity, and we are committed to working with others to achieve this aim.

For too long we have neglected the physical health needs of people living with mental illness. Resulting tragically in lives cut short. It is time to act and end this outdated health inequality.

"We are proud to be part of this critical movement to improve the quality of everyday life for people with mental illness. Physical health concerns often go unrecognised and untreated and this has to change."

"People with severe mental health problems are dying prematurely – largely from preventable illnesses. This is one of our greatest shames as a society. We need to be resolute that through Equally Well we will make this a thing of the past."

"My desire is that we move to a place where we care for the person rather than the illness and needs are met by one service. I’m therefore delighted to support Equally Well UKs ambitious charter"

"The early deaths and illness experienced by people with a mental health condition are in large part caused by smoking. We are pleased to be part of a movement challenging the norms that perpetuate poor health for this community."

"We embrace the opportunity the Equally Well initiative provides to work in partnership to improve the quality of life and life expectancy for people in our communities with mental illness."

"We are excited to join the new ‘Equally Well’ collaborative. This is a great opportunity to learn with and from others about how we can best deliver high quality holistic care for our patients."

"We are committed to joining up mental and physical healthcare, training and research to improve health outcomes for our patients. Equally Well provides a fantastic platform to do this."

"The Equally Well network presents a valuable opportunity to bring together our partners’ collective strengths to help make whole person care a reality for our patients and local population."

"Physical health and a person’s mental health needs are closely linked and we must all provide person centered holistic care, each person has a unique set of care needs which we all must ensure are met."

“As the third largest health profession, pharmacists working across the NHS can play a key role in improving people’s physical and mental health, so we are delighted to support the launch of the Equally Well Charter.”

“For such a health inequality to still exist is unacceptable.  The College of Mental Health Pharmacy is proud to join this group of organisations to finally make a change for the better.”

Everyone should have the same opportunity to lead a healthy long life, no matter who they are, what their circumstances, or where they live in England.  Public Health England is committed to system wide action to reduce inequalities and support people living with mental illness to live well for longer.

"We are dedicated to providing outstanding and compassionate care for our service users and patients, and by pledging our commitment to the Equally Well Charter for equal health, we will take another step forward to ensuring our services continue to evolve and meet the needs of our communities. “We will strive to ensure that our services are accessible to anyone experiencing mental health problems. Our colleagues will continue to work with service users to improve their physical wellbeing and to prevent, treat and manage physical health problems, creating individual care plans to their needs"

At NHS Norfolk and Waveney CCG we are committed to working with our system partners to improve all aspects of health and wellbeing for our whole population. This includes a key focus on both the physical and mental health of those with mental health conditions. Those living with severe mental illness are at greater risk of poor physical health and preventable conditions which has an impact on life expectancy. As part of our ongoing mental health community transformation work, we are addressing these inequalities, providing better access and quality of care to those with severe mental illness. We are delighted to join the Equally Well UK collaborative and believe our membership will be invaluable.

There is a significant disconnect between physical and mental health resources in our society which has a direct impact on people’s health and wellbeing.   I am delighted to adopt the Equally Well Charter so we can work together to address this divide and better serve our communities in Kirklees. 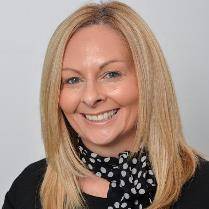 'No-one with mental illness should be at a disadvantage when it comes to physical health. We are delighted to be working with like-minded organisations to tackle this issue and effect positive change.'