Stop the roller coaster, I want to get off!

Home/Blog/Stop the roller coaster, I want to get off!
Previous Next

Stop the roller coaster, I want to get off! 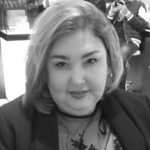 I usually take my night medication at 7.30pm every night and, considering it is now 11.33pm, I should be out for the count especially considering the cocktail of sedation medication I take. But I have been battling insomnia for the last month or so. Deep joy.

In 2010 I was lucky enough to receive Mentalisation Based Therapy (MBT) which for me at the time was life-changing and life-saving. From around 2000, I had been presenting at A&E most weekends through overdosing or trying to fight the thoughts of suicide and it was only after taking a near fatal overdose in 2008 that I was finally referred for MBT which I then began in 2010.

It was the most difficult thing I had ever begun and more importantly actually finished. The therapy gave me tools to be able to understand the persistent distress that I had been feeling and to allow myself to be okay with feeling the way I was. I was able to press the pause button on the 2,000+thoughts that seemed to go through my mind, never being able to find peace. So the therapy taught me how to empathise not only with myself but others too, which for me was the turning point.

But the damage to my body had already been done through all the years of overdosing and when waking up from a medically induced coma after the near fatal overdose in 2008, I remember the intense pain that was down the right side of my body and I now know that this could have triggered my Fibromyalgia.

So just as I started getting my mental health under control the physical health then started me on a rollercoaster that now never gives in. It is recognised that CBT improves symptoms of chronic pain, which is great. However I have had numerous clinicians tell me that this wouldn’t be successful on me as I have to deal with Complex Post Traumatic Stress so would need intense therapy. So about two years ago I self-referred for EMDR and after a long waiting list I had three very thorough assessments and was provisionally accepted. However, as I presented shortly afterwards at A&E for the first time in four years for mental health support, I was then advised that I was not stable enough to have EMDR as it in itself could be destabilizing.

The cycle I now find myself in ever since was the realisation that I needed social care help and have been through some difficult experiences which then impacted my mental health. And as stress is linked with Fibromyalgia and I use food as a self-harm, this has impacted my diabetes. It goes around in circles.

The bad memories that have been locked away can get triggered by a glimpse of something out the corner of your eye or the smell or noise of something and it cannot just be kept being put back in the box. Earlier this year I was told by my consultant psychiatrist that I may never be able to deal with the trauma in my life. This was something that has broken my heart because when I self-referred for EMDR it was because I felt that I was finally ready for it.

The reason I am writing this blog is because I really wish that mental health services would start practising positive risk taking so that I could then be able to live a possibly physically pain free life (you never know) which in turn would help my mental wellbeing.

I keep hearing those three big words – Parity of Esteem. So far I have yet to experience them in reality.