Securing a smokefree future for people with mental health conditions

Securing a smokefree future for people with mental health conditions 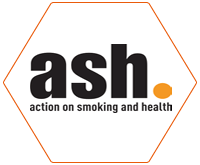 While smoking rates amongst the general population have fallen dramatically in the past few decades, they have remained stubbornly high amongst people with mental health conditions. This group has been left behind as others have quit and risks being left further behind as we look towards the Government’s ambition for England to be smokefree by 2030 (defined as less than 5% of people smoking).

The Government has committed to publishing a new Tobacco Control Plan for England this year, setting out how it will achieve its Smokefree 2030 ambition. However, the Government has acknowledged that achieving this ambition will be “extremely challenging.” Based on current trends, people with a diagnosed common mental health condition won’t achieve a smoking rate of 5% or less until 2055, almost ten years later than those without a mental health condition.** There is an urgent need for action to tackle this growing health inequality.

Delivering a smokefree 2030 for all will require an approach which combines measures to reduce smoking rates among the whole population with targeted interventions aimed at groups with the highest smoking rates, most notably those with mental health conditions. This approach is set out in the latest report from the All-Party Parliamentary Group (APPG) on Smoking and Health, which calls for a comprehensive strategy to reduce smoking-related health inequalities as we move towards a smokefree 2030.

The APPG’s key recommendation is for legislation to introduce a US style ‘polluter pays’ levy on tobacco manufacturers to pay for the measures needed to end smoking. It is estimated that a Smokefree 2030 Fund could raise £700 million to help pay for targeted stop smoking interventions in regions and communities where smoking does most damage. The APPG report also urges the Government to consult on raising the age of sale for tobacco to 21, set a new target to reduce smoking rates among those with long-term mental health conditions and facilitate medicinal licencing for e-cigarettes so they can be authorised for NHS prescription.

More detailed recommendations for addressing the specific challenges and opportunities in mental health have been set out in a recent policy paper by the Mental Health and Smoking Partnership. To achieve a Smokefree 2030 for all, the Partnership urges the Government to reduce smoking among people with a mental health condition by:

Delivering the recommendations set out by the APPG and the Partnership will require leadership, not only from national government, but also from local government, NHS trusts and Integrated Care Systems. Additionally, the newly created Office for Health Improvement and Disparities must ensure that it can maximise the opportunity to improve both the physical and mental health of the whole population.

Turning the smokefree 2030 ambition into a reality for people with mental health conditions will not be easy. However, the benefits will far outweigh the costs. Smoking does not just damage physical health, but mental health too. One in three smokers show signs of poor mental health, and quitting is linked to improvements in wellbeing at least as great as from anti-depressants.

Consequently, it’s vital that we let the Government know how much support there is for an ambitious Tobacco Control Plan to deliver a smokefree 2030 for all. To achieve this, ASH is calling on organisations and individuals to endorse the APPG on Smoking and Health recommendations. Over 40 organisations have endorsed already, including Cancer Research UK, the Royal College of Physicians, the Centre for Mental Health and Equally Well. The APPG’s recommendations can be endorsed here: smokefreeaction.org.uk/smokefree2030/

Action on Smoking and Health (ASH) is s a public health charity that works to eliminate the harm caused by tobacco. ASH was established in January 1971 by the Royal College of Physicians.

The Mental Health and Smoking Partnership is a coalition of organisations dedicated to ensuring that smokers with a mental health condition are not left behind as we move towards a smokefree generation. The Partnership is jointly chaired by Professor Ann McNeill, King’s College London and Professor Paul Burstow, Chair of Tavistock and Portman Mental Health Trust.

The APPG on Smoking and Health is a cross-party group of Peers and MPs that was founded in 1976 and is currently chaired by Bob Blackman MP. ASH provides the secretariat for the APPG.

* Online survey by YouGov for ASH. Total sample size was 12,247 adults. Fieldwork was undertaken between 18th February – 18th March 2021. The survey was carried out online. The figures have been weighted and are representative of all GB adults (aged 18+).

** Using trend data from the APMS for 2000-2014, for people with and without a mental health condition, weighted estimates of smoking prevalence in England were used to linearly extrapolate smoking prevalence after 2014. (Richardson & Robson, unpublished data)

About the Author: Helen Butlin