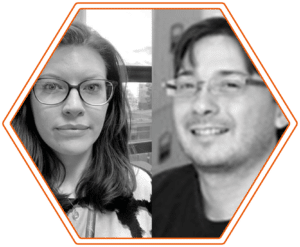 On average people with severe mental illness die 15-20 years earlier than the general population. They are also 2-3 times more likely to develop long term conditions (such as diabetes or heart disease). Health risk behaviours (smoking, alcohol use, drug use, physical inactivity or unhealthy diet) are related to the development of many long-term conditions (such as obesity or cardiovascular disease).

Most of us are unhealthy in more than one way. For example, if we have an unhealthy diet, we are less likely to exercise and more likely to smoke. Does tackling multiple health risks together lead to greater benefit? The HEALTH study is a research project where we explore if it is best to try to change risky behaviours individually or in combination.

The HEALTH study is a systematic review, which means that we assessed all relevant scientific evidence. Our project looked at evidence from both clinical trials and qualitative studies. Qualitative studies use interviews, focus groups and so on to understand people’s experiences and views. We focus here on the qualitative findings and the insights they provide on the experiences of people with severe mental illness.

Clinical trials showed weight loss programmes were effective in helping people reduce their weight. But qualitative studies found that people didn’t necessarily want to lose weight for the sake of the number on the scale. Motivations for changing behaviours varied widely. So, these studies suggest interventions should be flexible enough to work with the different needs of individuals.

Another difference between clinical trials and qualitative studies was on the relationship between physical and mental health. Clinical trials focused on promoting healthy behaviours (such as becoming more physically active). But people with severe mental illness often preferred treating their mental and physical health together.

Many felt living more healthily improved not just their physical health but mental health too. Yet, times of poorer mental health also affected the ability to take part in healthy behaviours. If getting out of bed is difficult then joining a group exercise class can feel impossible.

Family and friends offered helpful support, noticing successes like giving compliments after someone had lost weight. But they could also be a hindrance. For example, at family gatherings they might offer alcohol with an ‘it’s only one drink’ mentality.  Another challenge was inconsistent support from partners. Despite encouraging words, the unhealthy lifestyles of partners sometimes made it difficult to change. Yet, overall, the help of family and friends was appreciated.

People with severe mental illness felt it was important to take into consideration the challenges of their mental health condition when trying to live more healthily. For example, people reported finding it difficult to concentrate during the intervention. So breaking down interventions into smaller instalments may help.

Joining a group intervention could be helpful for sharing challenges and experiences with peers. However, keeping things adaptable to individual preferences and lifestyles was important. Flexibility with interventions, such as picking exercise classes, or adding movement to daily life, gave people a sense of control instead of being prescribed activities.

Many spoke of intervention benefits beyond lifestyle changes. People reported more meaningful and active lives.  Some returned to education, others felt better about day-to-day life in a way unlike before. Interventions built confidence in the ability to make positive changes in broader aspects of life. These wider intervention benefits can sometimes be overlooked within clinical trials but were valued by people with severe mental illness.

To find out more visit the projects twitter page: @UoY_HEALTH_SMI or @HolzMelton