Home/Blog/Mental and physical health: why parity of esteem must be more than words
Previous Next 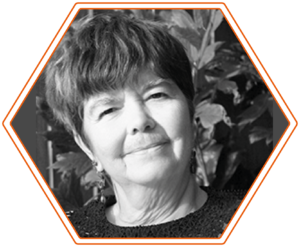 Jo Lucas, written from the heart as a mental health professional, who also happens to be a Non-Executive Director for a Mental Health Trust

Parity of esteem has become a slogan in the NHS over the last few years. It is defined as ‘tackling physical and mental health issues with the same energy and priority’. When I asked colleagues around an NHS board table what it meant, all I saw were sad smiles and a recognition that not much has changed. This story is similar for people with diagnoses of long term mental health problems, notably paranoia and schizophrenia, as well as severe eating disorders. When physical problems begin to kick in, the NHS is able to look for solutions. When it is ‘just’ a psychological (and social and familial) problem, for which there are limited NICE guidelines and few significant health options, then there is little on offer. The bar to accessing services has been raised so it feels as if you have to be pretty desperate to qualify. Services in the community are stretched and have long recognised that they are seeing people with ever more serious problems. I hear similar stories from many of the carers I meet as a Non-Executive Director.

My family’s recent experience illustrates this story and we are far from unique, though of course Tom (not his real name) was. Tom was diagnosed with kidney failure in spring 2018, due to high blood pressure that had never been spotted. Kidney failure is not one of the illnesses traditionally linked to taking long term psychotropic medication, but it is linked to high blood pressure. The kidney specialists leapt into action. He was hospitalised twice, tested for everything and finally put on dialysis three times a week. When he complained of a stiff shoulder, he was referred on to have that examined speedily. He was examined and scanned frequently over the last 12 months for kidney issues, and anything else connected. Tom died of heart failure in December having spent the evening at the dialysis unit, where the staff called us to share their concern that his blood pressure was through the roof and suggested he go to A & E.

Tom had his first psychotic episode in his 20s while at university and was diagnosed with paranoid schizophrenia. In retrospect it seems he simply stopped growing up from the age of 17, when he left a secondary school where he felt safe. He had been bullied at primary school and never quite fitted in. This pattern is familiar to many families: things begin to go wrong, in initially undefinable ways, in early years. Tom was gifted artist and a good musician but did not have the resources to make anything of them, despite his family’s best efforts.

During the first years he received a lot of services from various agencies and medication. These had no impact on his anxiety and paranoia. His mental health problems were never ‘tackled with the same energy and priority’ as the later physical ones. He slipped slowly into a quiet and very limited life, as his paranoia and anxiety made things increasingly difficult and his horizons narrowed. He saw his GP and a psychiatrist fairly regularly. It was always a different psychiatrist and while they reviewed his medication, they never took his blood pressure. We know that anxiety causes high blood pressure and we know that consistently high blood pressure causes kidney problems.

The services that he used were gradually either redesigned for people with higher needs than his, or ended because funding ran out. His family were supportive and he had a small group of friends. All the time his paranoia and anxiety limited his life ever more severely. He travelled into London regularly to meet his Dad and go to a film and a meal, going in the afternoon when the cinemas were empty and finding a restaurant where he could sit in a quiet corner. Gradually, the paranoia restricted what he was able to watch (nothing too dark or ambiguous) and he would no longer catch the tube.

Tom never ‘recovered’ from that first episode of psychosis, but he never made any significant demands on the system. His life got more and more limited but as that wasn’t a problem for anyone other than him and his family, he never attracted attention or received consistent input. He died at least 20 years earlier than expected, having taken psychotropic medication since his 20s and his life having become progressively bleaker.

If we are to truly develop parity of esteem, we have to recognise that these problems are not medical, and so a straightforward medical response will not work. Tom needed both hope and to have his blood pressure monitored. The GP surgery should have been actively watching that too, not just his medication. Giving people like Tom true parity of esteem would involve active intervention in the early stages. Consistent support to enable him to develop some kind of life where he was engaged, in the form of peer support workers or a buddy, with the remit to stay with him for a consistent length of time. Stopping input when someone has progressed to the next stage is disastrous: support has to continue until people can sustain it. ‘Recovery’ will not mean ‘cure’, but rather a life where people feel valued and engaged. Recovery Colleges are a place to start but they don’t respond to the needs of a group already disengaged.

My hope is that the system can achieve parity by offering hope to people like Tom, which means not accepting that mental health problems inevitably mean a limited life, or the statistical norm that they will die 20 years younger than their peers. This will require the system to be creative in designing and offering consistent holistic support which is not time limited.

Jo Lucas has worked in the mental health system locally, nationally and internationally, all her professional life. She began as a Nursing Assistant on a Young People’s Unit, trained as a social worker, worked for several local authorities and with Mind locally and nationally. She is currently, amongst other things, a Non-Executive Director with an NHS Community and Mental Health Foundation Trust and Chair of a Local Mind.

Photo by rawpixel on Unsplash