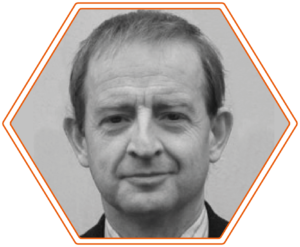 National non-smoking day falls today. Perhaps we have compassion fatigue about another special day, but if even a handful of people try a day or two without cigarettes, I would happily have one such day every week. This week too sees the anniversary of my grandfather’s death. Alec Byrne smoked himself to an early death at 65. My childhood memories were playing cards with him, with cigarette packets piled higher than the cards. Some of his generation thought 65 was a “good age”. I don’t, and it fires my determination four decades later to avoid the same early, preventable death in people with severe mental illness. Truth is that a diagnosis of psychosis gives a person the same poor life expectancy of people living in the 1950s. We know the single greatest preventable cause is smoking.

I am a psychiatrist and have mostly worked in general hospitals. Some years ago I was asked to give a talk to the staff on another non-smoking day. I tried something different. I started with all the reasons people smoke at work, and top of these is the buzz and getting out of the office for five minutes – because your boss doesn’t smoke. On many mental health inpatient units, (irony warning) “fresh air breaks” to assist patients to smoke are the only true break from the monotony of the ward. Often they will go out with a staff member who will smoke with them, perhaps exchange small talk but definitely not about stuff to “do your head in”. I have heard to similar practice in crisis home treatment teams: smoking to get a break from the crisis. In my general hospital, I see some patients who tell me they are glad to see me. But only because I can give the OK for them to leave the ward to smoke. Outside, in front of the “NO SMOKING” signs.

There are other reasons too for this but the continued rise in premature deaths in people with psychosis compared to the rest of the population reflects very high smoking rates. I use the term “Stolen Years” to reflect the loss of an average 17 years of life and that the final years are blighted by lung, heart, stroke and other illnesses including cancer. We called the ASH (Action against Smoking for Health) report Stolen Years: it is free to read online. There are three areas where we can change all this:

Almost every psychiatric inpatient unit has a 30 minute policy. No matter why people are admitted, they can receive nicotine within 30 minutes. As patch, lozenge, spray, inhalator and (in some units) gum. No one needs to go into nicotine withdrawal. Many units support the safe use of Electronic cigarettes (ECs). They are much less damaging to health than smoking, and considerably cheaper. We have known for years about the “nicotine delivery business” of Big Tobacco. ECs are a reality because ANYTHING is better than cigarettes.

Perhaps not during a crisis (though there are exceptions) but most smokers with mental health problems want to stop smoking. Read that sentence again. No matter what the location, once the smoker agrees the right timing, any doctor can prescribe Varenicline (Champix) in small doses, then building up to a quit date two weeks later. We never give this to children or pregnant women – all the evidence points to its safety. The RCPsych has recently published a position statement on this that can be read here. One in four smokers who quit has used Varenicline. Once people quit, they stop the Varenicline.

Low expectations are WHY smoking rates have remained high. Mental health professionals are busy people. Invariably, they will spend more time recording details of someone’s “risk” than engaging them about their physical health. Our patients no longer expect us to show interest in recurrent coughs, difficulties walking, or even weight loss. Worse again, health professionals make assumptions about smokers: “it’s all they’ve got… human rights… they’ll never change”. We need to challenge these low expectations. The courts have said it is not a human right to damage our health. Every patient has a right to multiple conversations about smoking. They might quit to save money, protect their children from smoking, achieve a reduction in doses of psychiatric medications (clozapine, olanzapine, lithium and more), or in response to an actual or potential health scare. My one wish would be to roll out peer support workers across the country to help negotiate a quit date, and keep that dialogue going months or years later when cigarettes seem like the solution. They are the problem.