The effects of medication on healthy weight management

The effects of medication on healthy weight management 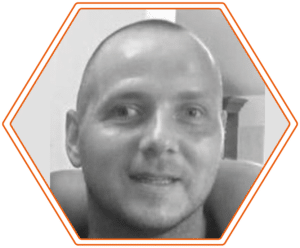 So, there was the time before, the time during and the time after.

The time before was before medication. I was very unwell for a long time without a diagnosis. I never let on, because I thought that the Government would lock me away and do experiments on me. My coping mechanism was exercise. Lots of exercise. As often as 5 hours bodybuilding every day. ‘Ignore the voices, focus on the weights.’ Or ‘ignore the fox following you around, do five hundred sit ups.’ I was 4% body fat and people used to pay to train with me. But what I was able to pass of as esoteric thinking at the start, saw me labelled as ‘Mad Ben.’ 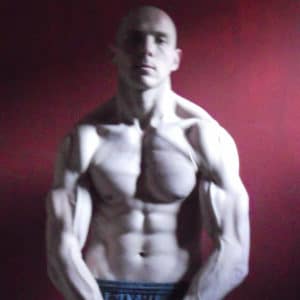 I would tell people that unless they did 10 reps bench pressing 100 kilos, that the sun would fall from the sky. They laughed it off at first, but became unnerved when they realised that it was something I believed. Things got worse when I insisted that we train with the radio off because it was talking to me, that I was being followed by the secret service and that all the rooms I went into were bugged. It was at this time that I was sent to the hospital for the first time. It’s a bit of a blur really. But I was so frightened that they were going to lobotomise me that I just made out I was depressed. It wasn’t hard cause I was, but I had so little trust in the people trying to help me that I didn’t let on how bad things were, which leads me to the time during. The time during is the time that I first tried medication and all the other subsequent times that I tried something new.

‘Ignore the voices, focus on the weights.’ Or ‘ignore the fox following you around, do five hundred sit ups.’ 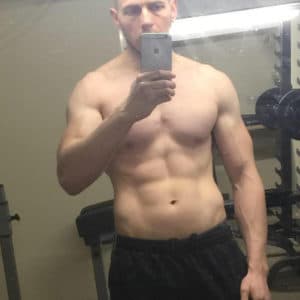 The first med I was tried on was Prozac, or Fluoxetine to give it its proper title. It did help my depression; it made me tingle a little bit, but it also made me care less, about everything. So I trained less and ate more, making weight gain almost inevitable. But being a pretty big guy, I was given the highest dose, but it stopped working at the same time my psychotic symptoms took a turn for the worse.

In hospital they took me off of the Prozac and switched it for Sertraline, and they also tried me on Risperidone. The Sertraline did nothing for me except make my nose feel funny, but the Risperidone quietened things down in my head, but it came at too high a price. It made me sluggish, stupid and hungry. It also did nothing for the things I saw. There was still a fox under my television except now I was powerless to do anything about it because I could not train. In its place was food. I ballooned to over 18 stone. So I was taken off of then Sertraline and given Venlafaxine and also switched from Risperidone and tried on Abilify. The improvement was

rapid. I felt instantly more alert; the Abilify stopped me seeing the animals and the Venlafaxine lifted my mood tenfold. But I was still hearing the Universe (my term for the voices I hear), still thought I was being followed by the Government. That I had special powers. So the decision was taken that I should try Clozapine.

This was a big deal at the time, because, basically, the medicine attacks white blood cells and the immune system. You have to have regular tests to make sure that there’s not more Clozapine in your blood than there’s supposed to be. A green reading means you’re fine to continue treatment, whilst an amber reading means you have to be monitored to make sure that you don’t go into the red reading which would result in stopping treatment.

I dreaded the red reading because, in short, the medicine works. I still hear and experience the things I always have, but the Clozapine tones everything down. It’s like there’s a dimmer switch in my mind so that things are not as stressful. And this is the time after, because I am on the final combination of medication. Don’t get me wrong, the levels have gone up. I’m on the highest dose of Abilify 30 mg, 225mg of Venlafaxine and 600mg of Clozapine. But (and this is important) I am able to work when I wasn’t before, I can go out with friends and have no fear that the psychosis is going to rear its ugly head. And also, though I am not in the shape I used to be, I am able to lift weights again. On balance, I am very lucky that things have turned out this way.