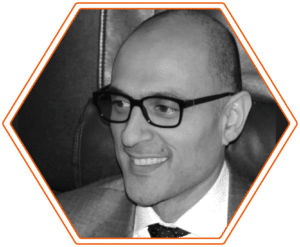 The inverse care law is one we should all know about.  It was devised in 1971 by Dr Julian Tudor Hart in a paper for The Lancet.  He describes the perverse relationship between the need for health care and its actual utilisation.  Put simply, those who most need treatment are least likely to receive it.  Conversely, those with least need of health care tend to use services more (and more effectively).  It remains one of the reasons why people with mental health problems struggle to access physical healthcare. I’ve seen countess examples as a psychiatrist: an autistic man in his 40s unable to access cardiology because of his health anxiety symptoms; a suicidal woman with personality disorder languishing in the emergency department; a psychotic teenager too disorganised to collect his diabetes medication.

These days I lead a busy substance misuse service in London. I am proud of the easy and fair access to treatment we provide. But what about access to services around us? Many of my patients find this challenging, especially if depressed or psychotic. The best example I can find is access to treatment for hepatitis C.  Around 32% of our patients are positive but only 5% access treatment.  The new generation of antiviral medications are lost on them.  Reasons for poor uptake are, of course, complex.   Poor venous access in people who inject drugs often makes phlebotomy a painful failure. It is difficult for patients to navigate a system that requires GP referral.  The transient or chaotic nature of some patients’ lives means keeping appointments is challenging; even when received, those brown envelopes are rarely opened.

Last year I came across an Italian man in his 30s who suffers from PTSD and was using heroin.  He was positive for hepatitis B and C.  He looked physically unwell, with early signs of liver cirrhosis. Language was a barrier and he was not ‘in-the-know’ enough to navigate a GP referral to hepatology. Mental illness made him disorganised and unreliable.  My frustration with his situation energised us to seek a partnership approach with direct access to treatment.  With an equally forward-thinking hepatology service we developed an ‘in-house’ treatment service for people with hepatitis C.

Now, every patient is routinely screened via dry blood spot testing.  The hepatology clinic sees the positive cases, takes ‘wet’ blood with expertise, completes fibroscans and begins treatment. RMNs and RGNs work together around a unified aim of eradicating hepatitis C. Patients are not sent letters; they are sent text messages instead.  GPs do not need to be involved, medications are dispensed on-site and patients are cured.  Society benefits. Suddenly, those previously least able to access healthcare can do just that.

In the original Lancet paper Dr Hart argues the inverse care law operates more completely where medical care is most exposed to market forces, and less so where such exposure is reduced.  Almost half a century later I can see the NHS internal market doing just this, and across many disciplines. In 2006 Dr Hart was awarded the inaugural Discovery Prize by the Royal College of General Practitioners as someone who “has captured the imagination of generations of GPs.” In my opinion it is not only GPs’ imaginations that should be captured, but all of us working in healthcare.