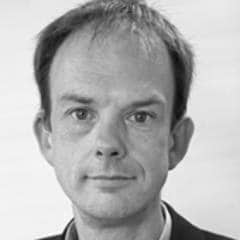 Andy Bell, Centre for Mental Health
It is well established that people with a long-term mental health condition have far shorter lives than average in the UK, and many other Western countries. Data published today by Public Health England titled Severe mental illness (SMI): physical health inequalities provides more of a picture of the way physical health inequalities affect the lives of people with a severe mental illness from a young age onwards.
The report uses data from GP services, which are required to keep a register of practice patients with a severe mental illness (abbreviated as SMI) and to record their physical health status. Its findings are stark, if not surprising. Of the ten physical health conditions it measures, people on SMI registers are significantly more likely to have seven, including obesity, asthma, diabetes and heart disease. They are more likely still to have two or more physical illnesses at the same time. Younger adults with a severe mental illness have a particularly inflated risk of physical illness, as do those living in the most deprived areas.
These important findings underline the need to urgent, concerted and sustained effort to improve physical health among people with a severe mental illness. They show that poor physical health begins far earlier in life for people with mental health difficulties, and that those who are on the lowest incomes are particularly at risk of poor physical health. All in all, they show that more than 40% of people on SMI registers also have at least on physical illness (compared with less than 30% in the wider population).
There are limitations to the data in this report. It is based on GP records which under-estimate the number of people with a severe mental illness, particularly among women. But they provide yet more evidence that people with mental health difficulties do not just face the prospect of a shorter life but live with more chronic conditions for longer.
Equally Well UK was developed to bring together organisations and people to take action to address these inequalities. Our aim is to share evidence and research, to create a learning network across sectors and traditional boundaries, and to spur improvement nationwide. Today’s report is a reminder about the importance of primary care services in promoting good physical health, preventing problems where possible and responding helpfully when people need support for their health. We believe that by working together to make a difference we can begin to change these statistics and give everyone a better chance of living well for longer.
Emma Bailey2018-09-27T15:09:55+00:00