Smoking and mental health: results of the SCIMITAR+ trial

Home/Blog/Smoking and mental health: results of the SCIMITAR+ trial
Previous Next

Smoking and mental health: results of the SCIMITAR+ trial 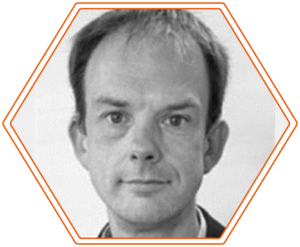 People living with a severe mental illness are more than three times as likely to smoke tobacco. Tobacco smoking is one of the biggest contributors to poor health among people with long-term mental health conditions yet for many years it was simply taken for granted by mental health services and ignored by the rest of the NHS.

It is therefore timely that a large-scale trial of a bespoke smoking cessation package for people using mental health services has been published, led by academics from the University of York. The ‘SCIMITAR+’ study, published this week in Lancet Psychiatry (Gilbody et al 2019) and summarised in the Mental Elf (Shiers et al 2019), included more than 500 people, half of them offered support with smoking and half not, in order to find out whether it is effective.

The trial found that the intervention had a marked impact within six months, helping 14% of people to quit, while over 12 months, 15% stopped smoking. For those not getting help, the quit rates were under 7% after six months and 10% after twelve.

The study concluded that while the short-term results of the intervention were impressive, sustaining them over a longer period was more challenging. They also found that participants’ overall physical health improved during the trial, and that those who still smoked reduced the number of cigarettes they smoked and had more motivation to quit.

Crucially, the study found that participating in the trial did not affect people’s mental health: adding evidence to challenge the idea that giving up smoking can be detrimental to mental health.

The implications of the trial are profound. At the individual practice level, as the authors state: “we have shown that quitting can be achieved for people who use mental health services just as it can for all smokers. Clinicians should therefore ask all of their patients about smoking status and offer referral to effective smoking cessation services.” For commissioners, the implication is that “intensive smoking cessation services [should be] a core feature of comprehensive mental health care” and that this should be offered for longer than it was available in the trial to give people a better chance of sustaining the benefits.

SCIMITAR+ is not the last word in research on this topic – and it makes a number of recommendations for what should come next. But it is unequivocal in its core messages: that effective help to give up smoking works for people with long-term mental health problems, that it does not undermine mental health, and that it should be considered a standard part of any mental health service. For members of Equally Well UK and our partners across the globe, these are important messages that need to inform day to day practice, commissioning and policy in order to save lives and improve health without delay.